Chris Cloutier – Having fun at UNC 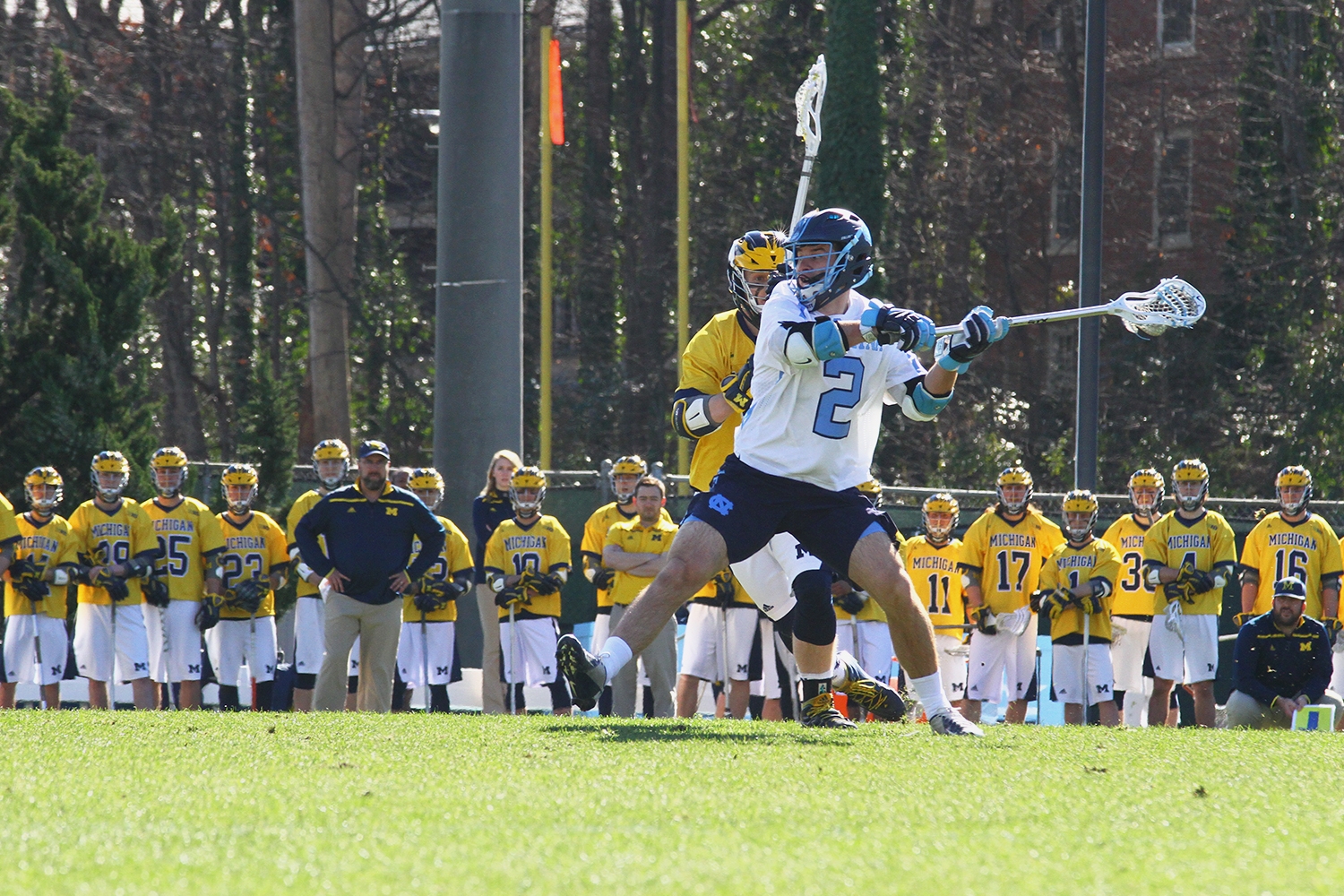 There’s a new Canuck in town.After losing the opening faceoff and allowing Michigan to score the first goal of the game, sophomore attacker Chris Cloutier ripped the ball into the net, sparking a 5-0 run for the North Carolina men’s lacrosse team in under four minutes.The run helped fuel a 20-10 win for UNC in its season opener — and Cloutier emerged as the dark horse of the Tar Heels’ offense.

On Saturday, he posted five.“Cloutier’s a bear. He’s a monster,” Coach Joe Breschi said. “You can’t cover him with the short stick.”The 5-foot-11, 215-pound attackman was integral to his team’s offensive explosion. After the graduation of Joey Sankey, Jimmy Bitter and Chad Tutton — three of UNC’s top four scorers from a year ago — uncertainty surrounded the unit.“We talked about it as we started the season that there’s going to be a lot of new guys on the field,” Breschi said.“And we’re not trying to have them do anything they’re not capable of doing.”Not only did Cloutier make his first start on Saturday, but it was also his first time playing his new position since high school. The coaches moved him to midfielder for his first year, switching Cloutier to attackman this offseason. “It really helps to have these guys out here to teach me through the new ways,” Cloutier said. “It helped that our chemistry (with junior Luke Goldstock and senior Steve Pontrello) is so strong.”Cloutier was one of 10 different Tar Heels to score in Saturday’s season debut, silencing any doubt about the team’s talent. Pontrello contributed four goals and an assist to the effort, while Goldstock posted two goals and three assists.

“We’re very deep all over the field,” Cloutier said. “At this point, as you saw out there today, anyone can score.”Michigan did not have an answer to the Tar Heels’ multitude of offensive weapons. At halftime, the Wolverines pulled goalkeeper Gerald Logan in favor of Robbie Zonino.But Cloutier and the Tar Heels could not be contained.Just as he did in the first quarter, Cloutier kicked off a 4-0 run by the Tar Heels to start the fourth quarter. He went on to total three goals in the period to finish off the Wolverines. “As you can imagine, it felt great,” Cloutier said. “Obviously nerves were just flying around, like really you just don’t want to mess up at your first chance.”This bear of an attack could just be getting started.   sports@dailytarheel.com