Passed away peacefully after a brief illness, with family at his side on Thursday, January 3, 2019 at Freeport Hospital at the age of 75.

Dear brother of Rich and his wife Jo-Ann and dear uncle of Jordan (Jacqueline) and Zachary. Terry will also be missed and remembered by his brother and sister-in-law Carolyn and Jim Barbour and their family Wylie and Chad and Bette and Murray Sholer and family and sister-in-law Lynn Mannen.

Predeceased by his parents Peter and Eleanor (nee Tschirhart) Grau and his mother and father-in-law Erma and Robert Mannen and brother-in-law Douglas Mannen and niece Lauren.

Terry retired from MPAC after 30 years of service. He had a love of all sports especially, Hockey, Lacrosse, Golf and Sailing.

The Funeral Service will take place in the chapel of the funeral home at 1:30 pm on Tuesday followed by a reception.

As expressions of sympathy, donations to Clarky’s Kids would be appreciated by the family (cards available at the funeral home).

Terry Grau coached the Kitchener Braves in the early 70’s and was instrumental in leading his team to the 1974 Ontario Finals, eventually losing in 7 games to Whitby.  Our thoughts and prayers go out to his wife Mariane and brother Rich (former board member).  Funeral details will follow. 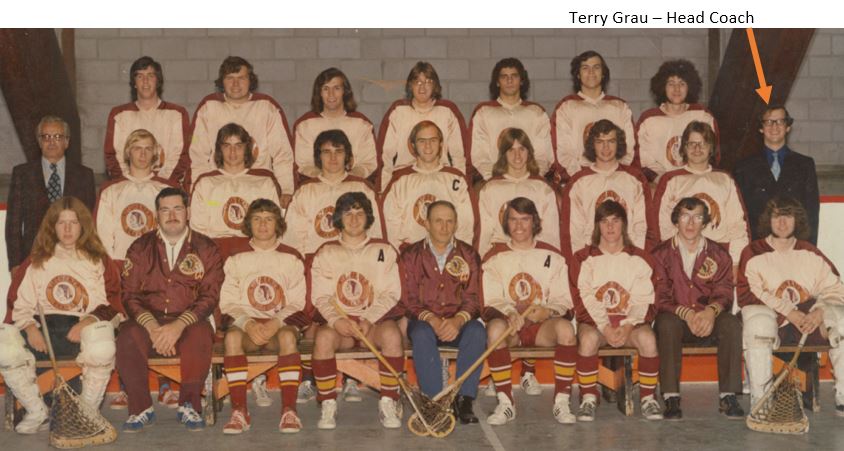